Preparing Antwerp for the Oosterweel junction

In preparation of the region for the future Oosterweel junction, BESIX is working on the Ijzerlaan project. Works included are the widening of the Albert Channel, the renovation of the N1 Ijzerlaan and Engineer Mennes boulevard, the demolition of the old Ijzerlaan bridge and the placement of a new one.

In the night of Saturday December 3rd to Sunday December 4th, the steel deck of the new bicycle bridge over the Albert Channel was placed successfully by BESIX. The enormous structure, 85 meters long and weighing 250 tons, was moved via pontoon in order to be pulled to the other side of the channel. 2 immense cranes, weighing 500 tons each, were used to lift the deck on to pillars. The smooth completion of the operation attests to the precision work done by the BESIX Engineering team. After this 'tour de force' some of the bridge's neighbours were invited to take a first look. They were offered a free breakfast by the city of Antwerp and BAM (Beheersmaatschappij Antwerpen Mobiel). Flemish Minister of Mobility and Public Works Ben Weyts and Antwerp Magistrate of Mobility Koen Kennis also dropped by to witness the works and emphasized their importance.

This is a great accomplishment and a blessing for commuters. The bridge connects both the Singel and Ring cycle path, as well as the 'Fietsostrade' between Antwerp and Essen. As a result we now have a 'cycle highway' on top of a 'water highway'. The old Ijzerlaanbrug with a height of 6,7 metres was by far the lowest bridge across the Albertkanaal. Also in terms of width the Ijzerlaanbrug had become a bottleneck, an obstacle which is now being removed. Mobility will benefit from it, as 1 ship of 18000 tons is the equivalent of about 600 trucks on the road. 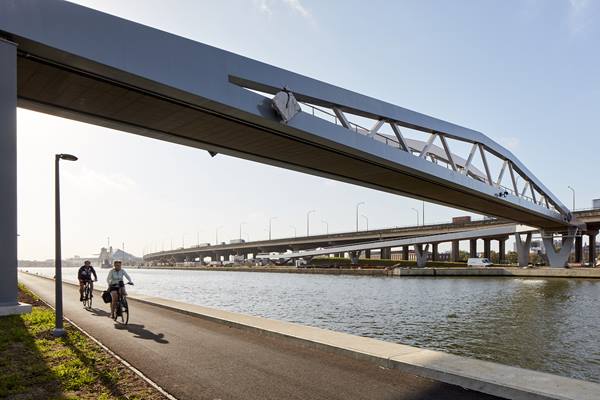 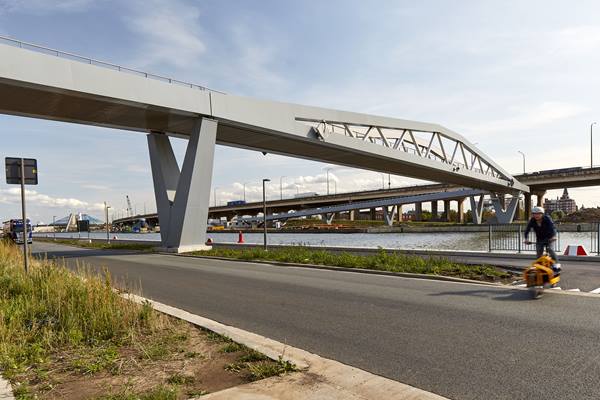 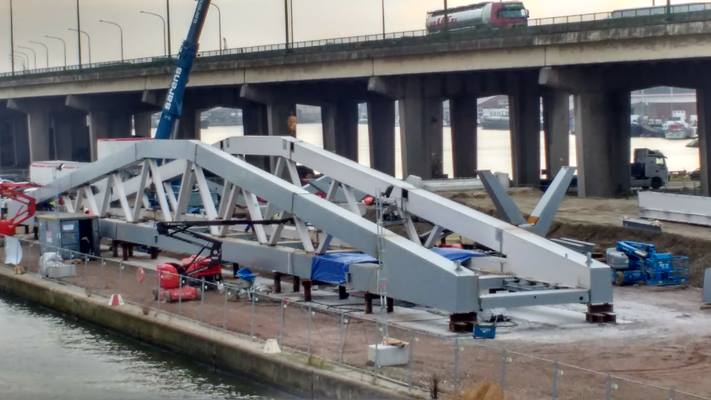 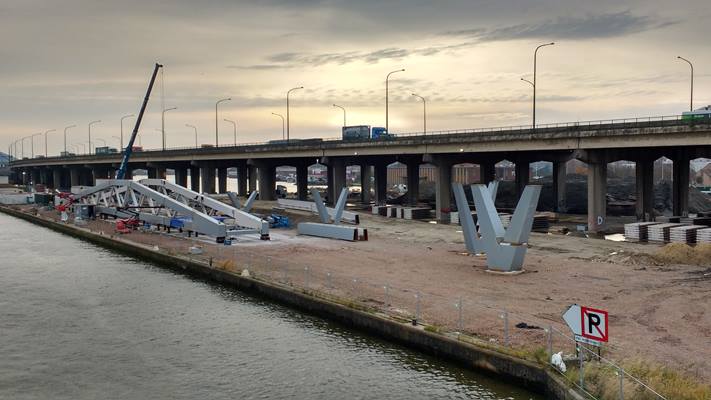 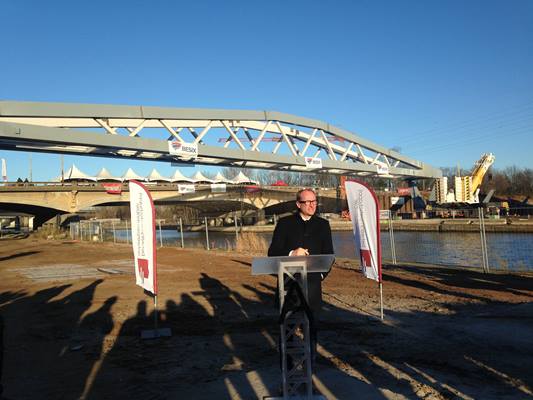