BESIX and Six Construct are building the Mohammed VI Tower, the tallest tower in Africa. The tower will meet the highest environmental standards with LEED Gold and HQE certifications and be built to high environmental standards, with a stunning appearance, and packed with innovations developed by BESIX’s Engineering Department.

The tallest tower in Africa

The 250-metre high Mohammed VI Tower is designed to be visible from a distance of 50 kilometres all round. With a total area of 102,800 m², the building consists of a tower set on a podium, to resemble a rocket on its launch pad.

Inside, the 55 storeys contain a luxury hotel, offices, high-end apartments and even a viewing terrace at the top, all accessible via a total of 40 lifts, 23 in the tower and 17 in the podium.

The structure can withstand not only the usual elements, such as strong winds or seismic events, but also flooding from the neighbouring Bouregreg river. The tower is braced 70% by its concrete core and 30% by the structure of the steel porticos on its façade. In view of the apartments at the top of the tower, a tuned mass damper system to reduce oscillations will be installed in the last few storeys.

Designed by BESIX’s Façade Department, the façades are particularly stunning, covering an area of more than 70.000 m², 41,000 m² for the tower and 32,500 m² for the podium. Transparent to the north, the south façade of the tower is fitted with photovoltaic panels.

The Mohammed VI Tower will form the high point in the Bouregreg Valley Development Project, which in turn is a leading part of the programme for Rabat, the City of Light, the Moroccan Capital of Culture. This comprises major structural urban initiatives, including the Grand Théâtre de Rabat and the House of Arts and Culture.

The tower’s south façade will be fully equipped with 3350 m² of panels, while rainwater recovery and waste water recycling systems are incorporated in the building’s design. The hot water also comes from an internal energy recovery system. The building is designed to be certified LEED Gold and HQE, complying with the highest international environmental quality standards.

The innovations brought by the BESIX Engineering Department will also guarantee a building that is at the forefront of contemporary construction technology. 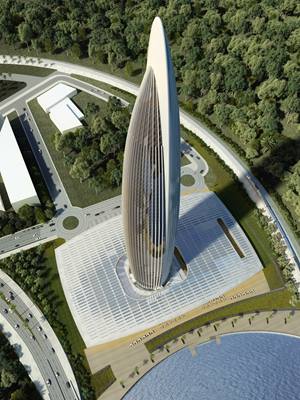 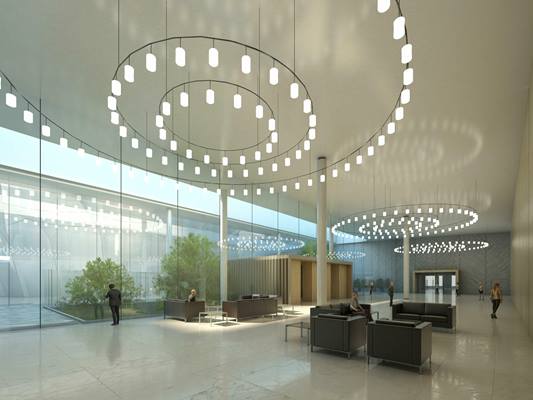 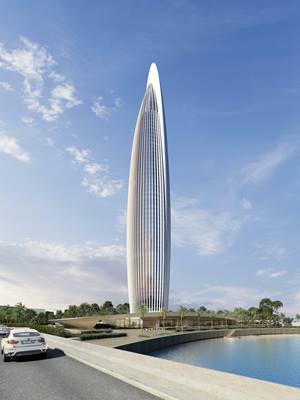 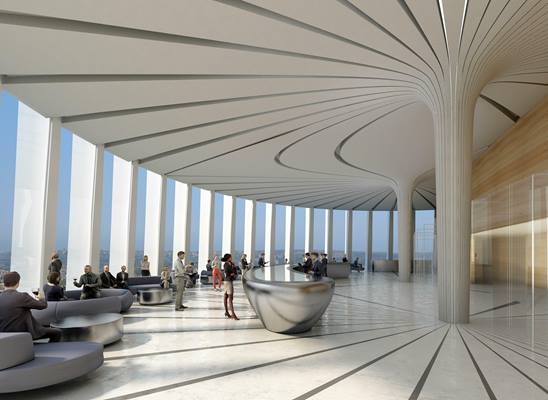