A world-class center of energy

The joint venture BESIX-Orascom has built the Ain Sokhna Product Hub, a 3 km F-shaped jetty. This facility, located in the Gulf of Suez, is of great strategic importance to the region. Our Engineering Department was prompt to assemble its biggest marine works design team to handle the difficult engineering of this project.

BESIX’s pride jack-up barges, along with other equipment from our fleet as well as externally rented equipment, were mobilized quickly from Saudi Arabia and our Marine Base in Ajman (UAE). They progressed with driving of the first of the 420 piles at record speed, in order to allow the FSRU vessel to berth. As part of a variation order, the works included all mechanical and electrical works to make this achievement possible, such as firefighting systems, a control building, CCTV, lighting and all the power supply.

The fast track nature of the project combined with the additional M&E works represented a major challenge in terms of timely design, procurement and construction. On the other hand, completing the remaining part of the trestle and the second berth whilst live gas supply and regasification was ongoing, had its own constraints and difficulties. 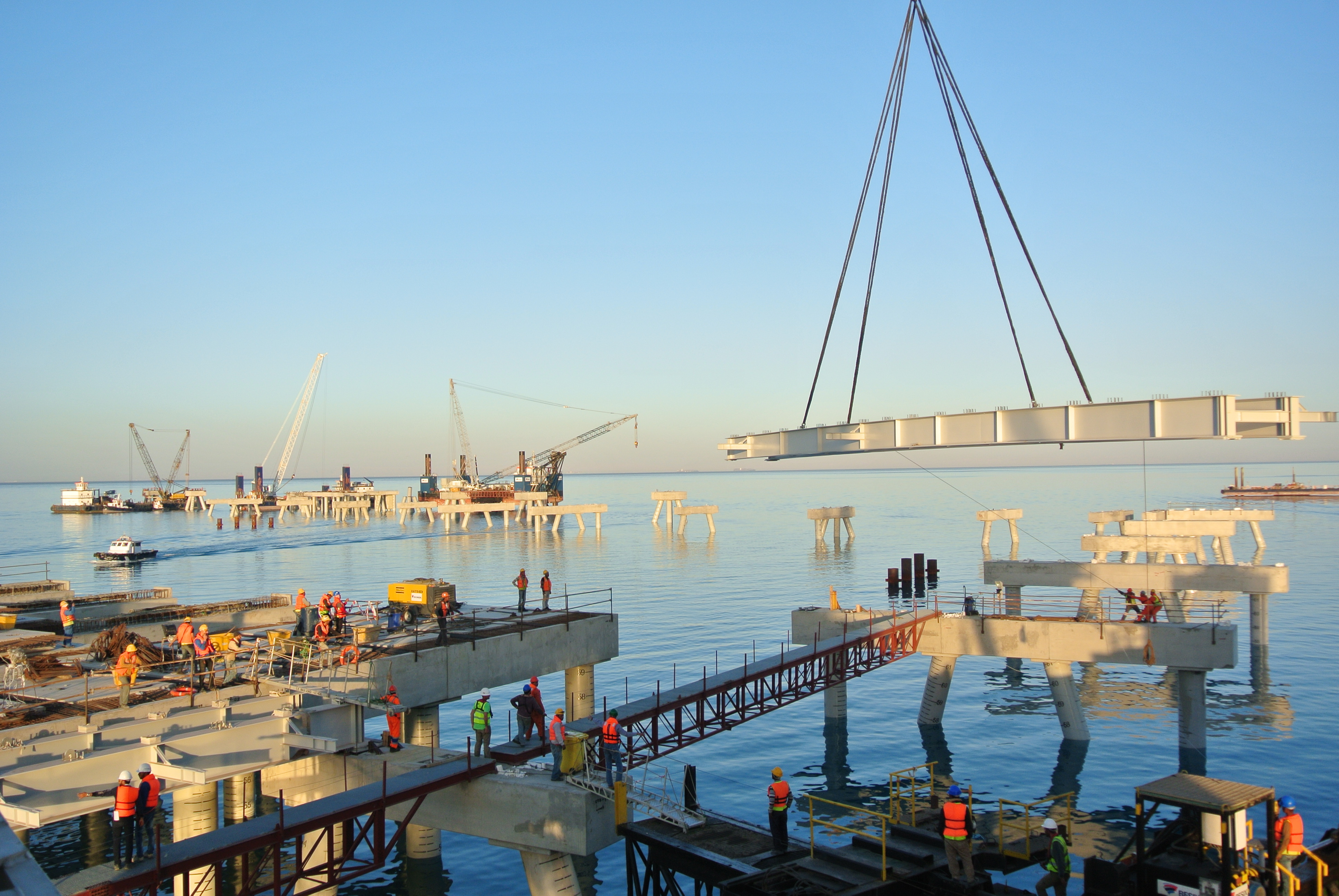 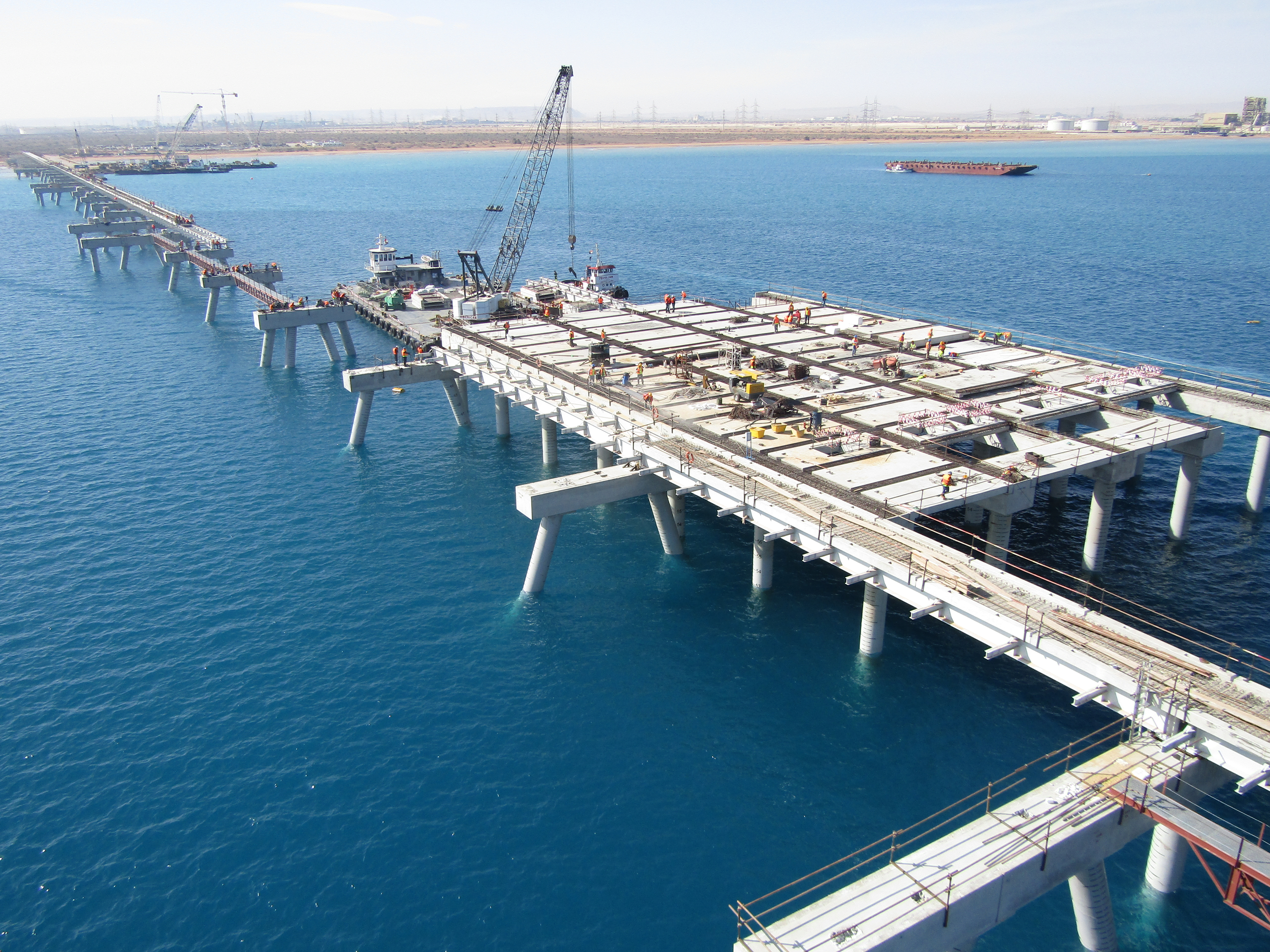 It only took 5.5 months to deliver a fully operational first berth, counting from the first pile being driven until completion including all M&E works and commissioning. For this, 221 piles were driven in 126 days. To accomplish these works in the required timeframe, 3 jackups have been mobilized. In addition, 3 crane barges, 7 supply barges and 7 tugboats are on site to carry out support and ancillary tasks.

The first 500 metres of the jetty were originally designed as a rock dumped causeway. Due to liquefaction issues encountered during the soil investigation, this was changed last minute to a piled jetty. For methods reasons, a bored piled option was chosen using 1.5 metre diameter piles.

The original contract comprised two berths: one for LNG (Liquefied Natural Gas) through an FSRU (Floating Storage and Regasification Unit) and one for LPG and fuel oil. The client, Sumed, subsequently awarded an order for a 3rd berth.

The LNG berth was handed over on the 30th of April, 2017. The FSRU berthed shortly after and since end of May gas is pumped into the Egyptian grid. This means that the remainder of the works had to be completed in a ‘live’ environment, adding some more complexity to the mix.

On 16 November 2017, the BESIX-Orascom teams received the provisional acceptance from client Sumed. This means the project was delivered almost three weeks ahead of schedule despite the tight deadline!

The dedication and close cooperation between the various BESIX and Orascom departments, situated between Dubai (UAE), Brussels (Belgium), Lisbon (Portugal) and Cairo (Egypt), as well as the perseverance of the site team, have been the drivers in the successful completion of this project.

Go to our Activity Reports page

The construction of a 2 km long jetty 'ready to berth a ship' in only 5.5 months has only been possible thanks to the excellent spirit in which the teams worked together, including a close collaboration between the client and the various BESIX and Orascom departments. I have no doubt this project will set the standard for future tenders, keeping BESIX competitive in an increasingly demanding market. 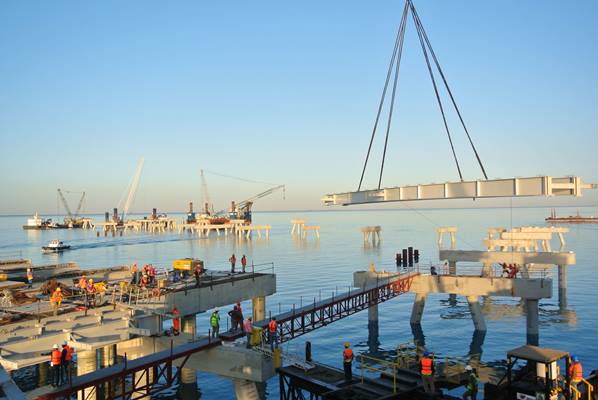 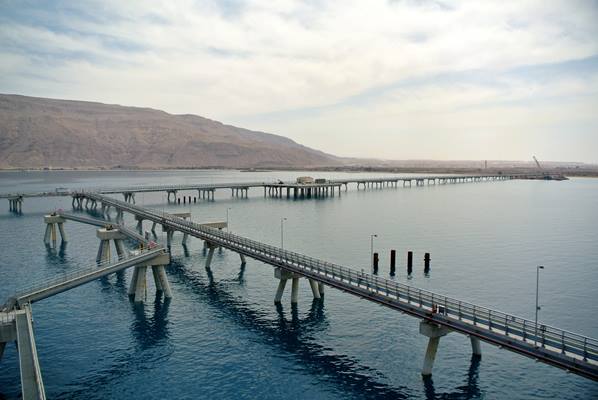 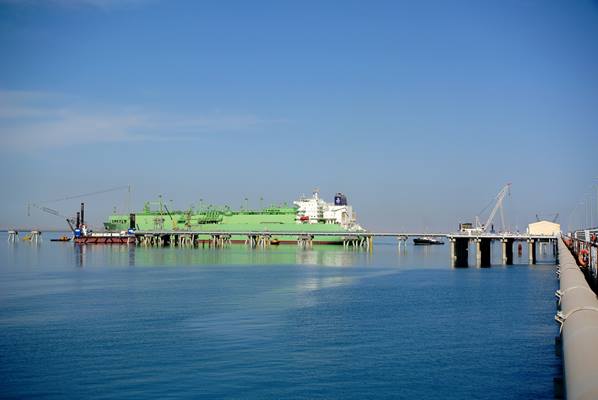 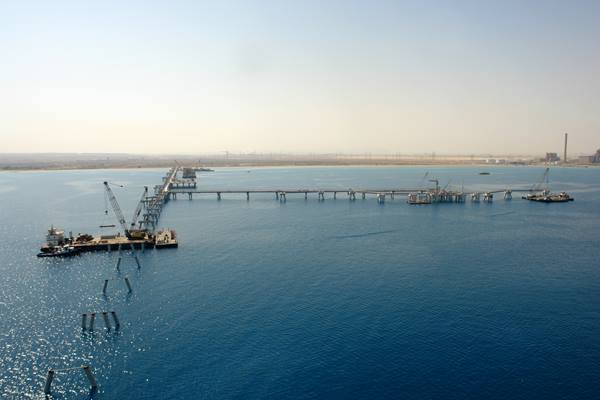 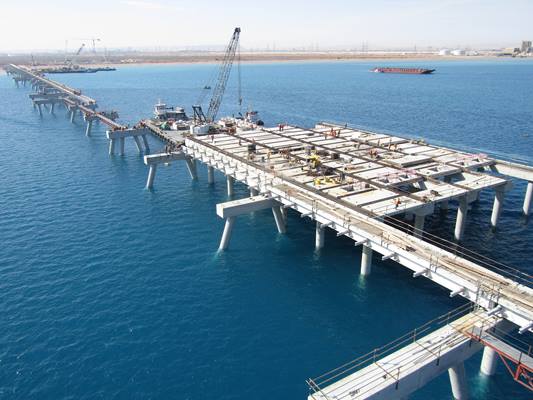 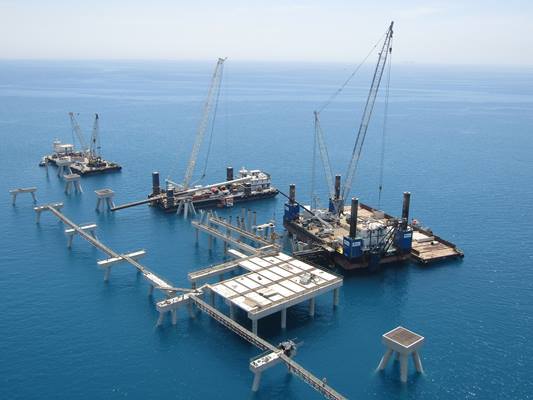