Joint efforts to reach the target

BESIX built the 4th lock of Lanaye, which connects the Albert Canal and the Meuse river and straddles the border between Belgium and the Netherlands. The massive 225 x 25 m lock, extending over a 14 m drop, is the largest civil engineering project in Wallonia in the last ten years.

The Meuse, upstream of the locks, feeds into the Albert canal through the Monsin barrage. Simply lowering the water level wouldn’t do when making the transition: a hydraulic imbalance might compromise the safe passage of ships on the Albert canal and endanger the aquatic life in the river, especially during the summer when the water is low. It was therefore imperative that the water level would be manipulated and maintained correctly at all times. Eight pumps were used, weighing 10 t apiece, with a combined power of 4500 KW, which equates to 61,200 m³ of water being shifted from the Meuse to the Albert Canal every hour. The pumps are joined by a state-of-the-art power station that takes full advantage of the difference in water levels in the reverse scenario: an excess of water, creating a surplus run that can be put to good use. In periods of prolonged rainfall, the irrepressible power of the water taking its natural course (i.e. downward) is harvested by five powerful turbines producing a total of 2.3 MW, which equates to a lot of green energy.

A rite of passage

The works effectively removed the so-called “bottleneck of Lanaye”, which long hindered inland shipping in the Meuse-Rhine Euroregion. Unlike its smaller neighbors, which are used for recreational boating and light commerce, Lock 4 serves as the mandatory crossing point between the Belgo-French waterways and the shipping lanes towards the European hinterland, making it a premier hub for international container transport up to 9,000 t (the equivalent of 430 trucks). The lock was officially opened by Philip I, King of Belgium, on 13 November 2015.

The lock proper is made up of a reinforced raft and 3 m thick concrete walls, impressive lateral aqueducts (with 6 x 6 m sections) and a drainage system that spans the entire complex. In addition to the necessary demolition, piling and redevelopment works around the site, BESIX also built a pumping station and a state-of-the-art hydroelectric plant, a 200 m bridge across the channel, a control center, and several kilometers of quay walls and roads.

The team installed a batching plant on site and sourced cement from a nearby supplier to reduce the project’s footprint. The most inspired feat of CSR, however, was the carefully informed decision to extract Meuse river gravel from the mountainous excavation works (1.3 million m³) and re-use it as the aggregate primer for the concrete of the locks. This required a logistical tour de force (fine-tuning the phasing and backfill operations, and so on), but the team pulled it off and poured no less than 200,000 m³ of concrete with recycled gravel. This brainstorm saved 55,000 tons of CO2!

Going with the flow

BESIX was also able to mitigate the project’s considerable impact on the on-going flow of traffic on the water and surrounding roads. The biggest challenge, however, was installing the new (eye-catching) bridge across the channel, without interfering too much with the building activities in the lock. The 1,000 t of metal structure were placed in January 2013 in order to achieve a concrete deck with two mobile formworks and put the necessary infrastructure in place to the commissioning of this new bridge for Christmas 2013, while maintaining the construction activity below for another 2 years of work.

The project sits in the middle of a protected Natura 2000 area, and its local fauna (from birds to mussels) and flora (rare orchids and seasonally-felled trees) had to be approached with extreme caution. Not only did BESIX adhere to the strict environmental regulations, it also created new spawning grounds and natural banks along the village of Lanaye to offset the project's impact on the local fauna and flora, adding to the list of environmental successes.

For almost 5 years, several hundreds of workers and engineers called Lanaye their home. They included different subcontractors, many nationalities and countless specialized skills. Planning and orchestrating a project this big is never easy. But we made it happen, and everyone can be proud of the achievement.

The new lock allows the circulation of convoys of 9,000 t on the Albert Canal 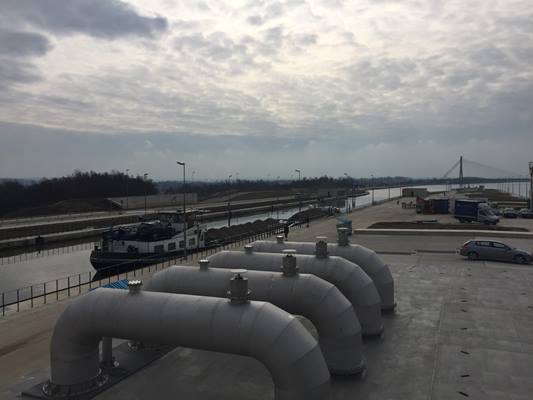 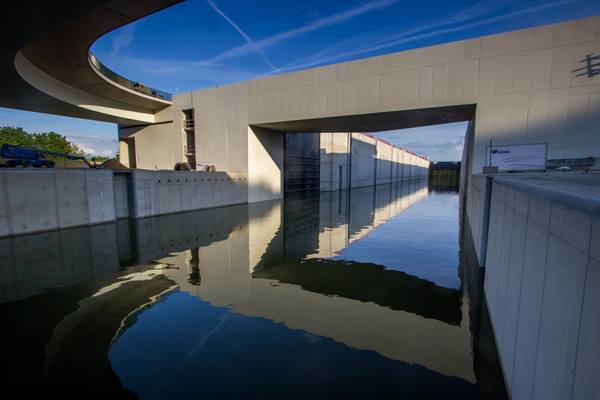 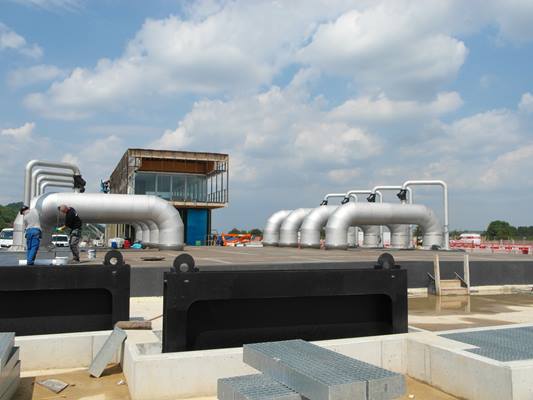 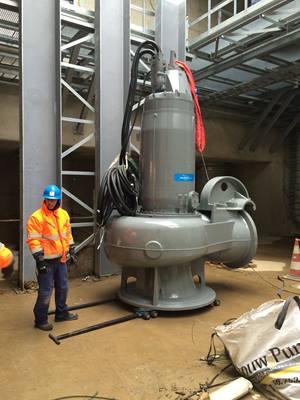 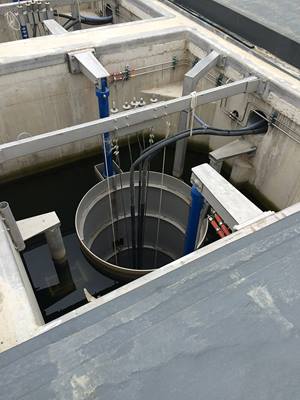 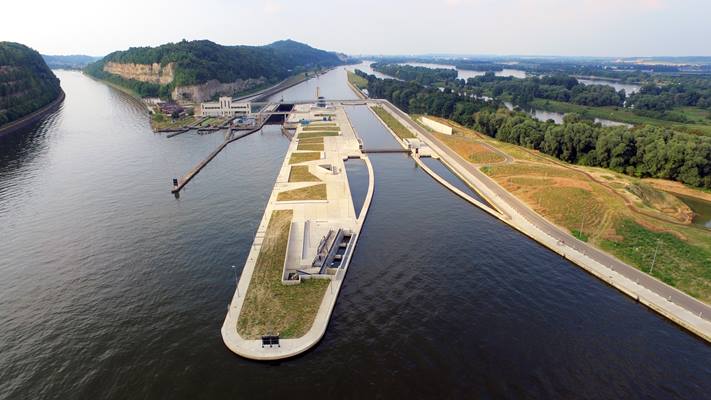 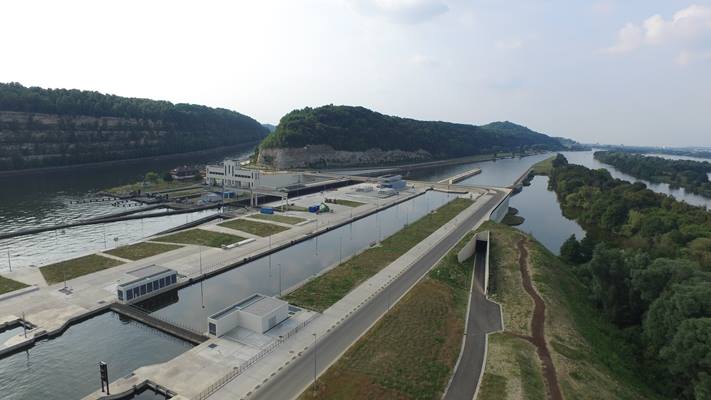 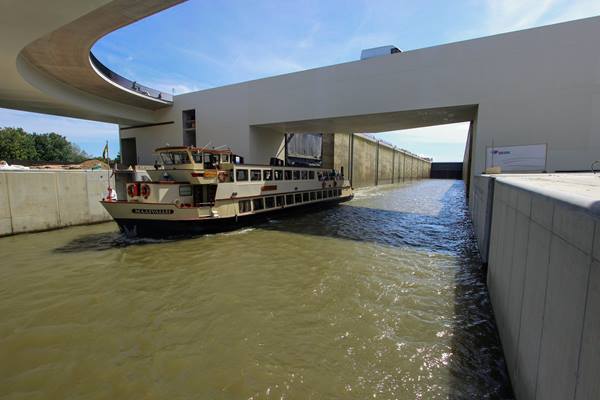 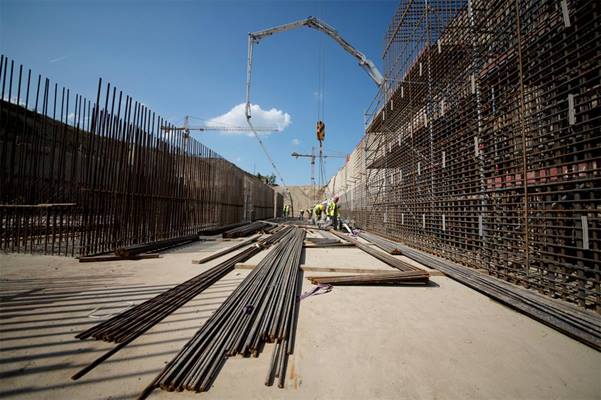